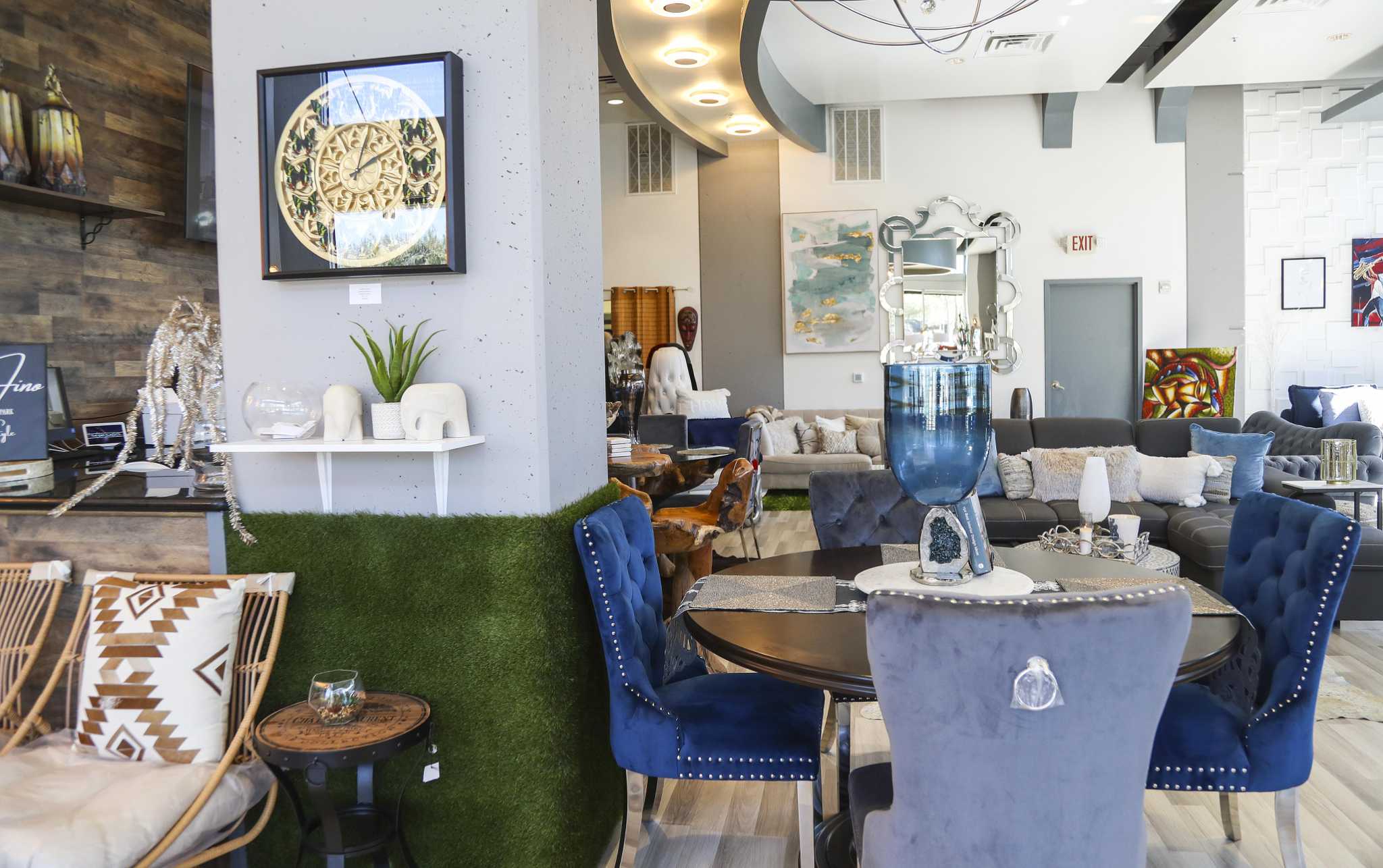 Home goods stores are constantly opening and closing, expanding or downsizing. The shifts can be big and sudden or more subtle and purposeful.

The push-pull of wanting new furniture while not being able to get it in a timely fashion because of manufacturing and shipping issues has affected both shopkeepers and their customers.

Other changes have been in the works in more recent months, including Herman Miller opening a storefront in The Woodlands and Houston-based Wells Abbott expanding to the theMART in Chicago.

Shoppers can greet the highly curated taste of designer Joani Scaff at her new Paisley House location in the Heights as they say greet a new owner at Westheimer Plumbing and Hardware and say goodbye to Renovate in Spring Branch and RR Home at the Houston Design Center.

Launched from her staging and styling business, Erica Fleeks Mallet and business partner, Terrance Williams have opened one of the city’s newest Black-owned furniture stores, Oasis FINO, in the retail strip alongside the Mosaic condo/apartment towers across the street from the Hermann Park.

Most of her career, Mallet has worked in social services, but for years sold furniture as a side gig. Eventually it became furniture staging and when she was delivering furniture to Williams — who had an empty apartment at Market Square Tower — he was struck by her enthusiasm and joined her effort.

Williams works in real estate and has a trucking company, so sometimes you’ll find him delivering furniture — if that’s what’s needed on any given day.

Neither has formal training in interior design, but they’ve filled a nearly 2,800-square-foot showroom with mostly contemporary furniture and accessories. They also sell art supplied by Bisong Art Gallery.

“Business is very robust, even with the longer lead times,” Hudson said. “People are making changes and enhancing their homes and designers are incredibly busy. I don’t see that slowing down. We had the best year we’ve ever had last year and this year is off to a great start.”

Hudson said she saw the Midwest as an opportunity to put her textile lines — artisanal and boutique fabrics— in front of a new audience in 13 states. Her Chicago showroom will be run by Robert Brass and though they’re in a temporary space there now, Hudson expects to be moved into her 2,200-square-foot Chicago showroom in June.

Joani Scaff had just signed a new lease for space for her Paisley House store at 2420 Washington Avenue when the pandemic hit. She’d been operating in Memorial since 2012 in a couple of locations and was interested in shifting to the Heights, which gets more interesting in residential, hospitality and commercial space by the day.

What initially felt like very bad luck — getting keys to the new place on March 13, 2020 — has turned out to be an interesting turn for her business.

She’s adapting inventory for a broader audience with a wider array of price points, carrying furniture, art, bedding and a variety of home accessories. She also carries wallpaper, which is almost impossible to find in a store right now.

This Upper Kirby business, known for high-end plumbing and hardware fixtures, has changed hands, with longtime owners Marilyn and Bob Hermance and their son, Doug, selling to employee Stephen Waguespack.

Years ago Marilyn owned a business called Custom Accessories (founded in 1977) while Bob and Doug started Westheimer Plumbing in 1991. When she joined their firm two years later, they renamed it Westheimer Plumbing and Hardware and it came to be known as one of the top places for builders, architects and interior designers looking for stylish and well made plumbing fixtures and hardware. (It’s open to the public, too.)

Marilyn met Waguespack several years ago when he was a waiter at Tony Mandola’s and she was so impressed with his attitude and service that she hired him. He was then a U.S. Army veteran — with two tours in Iraq — trying to figure out what his path would be.

“Marilyn told me I was the best server she’d ever had and asked me if I ever thought about doing something different,” Waguespack said, telling the story of his transition from waiter to plumbing salesman. “I said ‘Every day, I love sea bass but I’d rather not go home smelling like it.’”

Eight years later, he now owns the business that the Hermances founded. He said he’ll still carry brands such as Dornbracht, Sigma, Hansgrohe and Newport Brass, and he’ll be attending industry shows soon to see what new collections to add.

This mother-daughter shop filled with home decor and gifts has closed, citing a mix of changing life priorities.

Cathy Hutton and her daughter, Courtney Prochaska, opened their shop in Spring Branch more than seven years ago with an interesting mix of goods not often found in bigger department stores. They provided a venue for local artists and artisans and were loved by interior designers.

Hutton is also an interior designer and will continue helping those clients. Otherwise, they say they’re exploring new opportunities. Stay tuned for what comes next from these energetic and creative women.

Interior designer Rainey Richardson is closing out her RR Home furniture showroom at the Houston Design Center, selling in-stock furniture for 30 to 50 percent off. She expects to be out of the space in early to mid-April.

Richardson opened the store five years ago as Off White, with a showroom of furniture all in off white fabric. Not only was white furniture popular then, but it was also a way to market furniture pieces as a blank canvas, so customers could imagine what it would look like with fabric of their choosing.

A few years ago she rebranded as RR Home and abandoned the off-white theme, since color filled homes are more in tune with her design style.

Richardson cited supply-chain difficulties, and said that her company — Rainey Richardson Interiors — will move to another, smaller location in the Design Center next to Kitchen and Bath Concepts. There, she and her staff, which includes her husband and business partner Tom Richardson, will focus on continuing her interior design business while amping up their custom home specifications and home remodeling work.